Secret Garden by Johanna Basford has been in the #1 spot on and off for the past several months.  Back in the spring and early summer, The Secret Garden and her 2nd book, Enchanted Forest, were virtually impossible to find anywhere because they were sold out of stores and on back order on line. In fact, Enchanted Forest is currently listed as "temporarily out of stock" on Amazon. 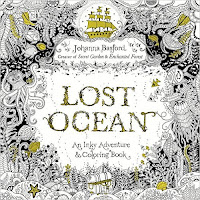 Basford has a new book coming out at the end of October, Lost Ocean.  Based on the popularity of her previous books and the current adult coloring craze, along with the pre-holiday release date of 10/27, I suggest that if you're interested in this one, that you pre-order asap. (I have already done so.)

And, BTW, I'm only mentioning Basford's book because I saw she has this new one coming out and they appear to be the most widely recognized titles.  They are great books, but there are many, many, MANY others and they seem to be multiplying exponentially.  I am particularly partial to any kind of mandala coloring patterns and Animal Kingdom by Millie Marotta.  I also like creating my own designs to color.

Stay tuned for more thoughts and information about coloring and just why people are so drawn to this.  (See what I did there?)  :-) 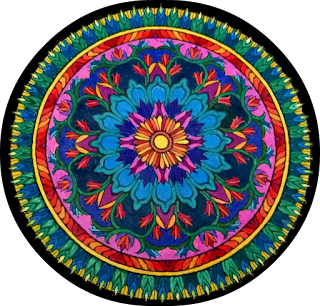